“GEM Company Reel”  |  Portfolio  |  Always Evolving  |  Updated: Feb 11, 2018  |  Greater Earth Media, Inc. is a fully inclusive production and post production entity focused on building compelling content for television broadcast and the web. We specialize in helping bring clients’ television pitches and documentaries to life, as well as creating sponsored content, music videos, and 360 degree/Virtual Reality content for social media. Our team of producers, editors and cinematographers are ready to put our award winning talents to use for your projects.

“Freedom Of The Pack”  |  Feature Documentary  |  In Production  |  Expected Release: 2019  |  “Freedom of the Pack” follows the current trials and tribulations occurring over wolf protection in the lower 48 states within the US.  Politicians, Ranchers and Conservationists are waging war over whether or not this species has the right to survive and be free.  Follow some of the efforts of non-profits, organizations and politicians striving to be sure that future generations will enjoy this iconic animal, Canis Lupus.

“Keller Williams Northwest – Satushek Team Bio Videos” | Industrial, Commercial and Social Media Videos | In Production/Post Production | Available Online Now  |  Contracted by the wonderful Satushek Team with Keller Williams Northwest, we were tasked with not only providing over 20 online and social media videos as educational tools for real estate buyers and sellers, but also to share “biography” videos that encapsulate the personality of the various team members working hard for their clients.

“Sound Heals: The Movie”  |  Short-Form Documentary  |  Post Production  |  Expected Release 2018  |  “Sound Heals”,  is an exploration of how sound, music and vibration not only can affect our moods and how we feel, but can also facilitate healing on a physical AND spiritual level.  From accredited Music Therapists in Canada, to American songwriters, this documentary opens doors, and minds, to the understanding that sound influences everything. 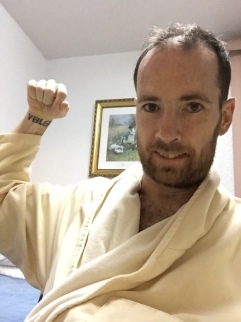 “CURED: How Ryan Beat Cancer”  |  Feature Documentary  |  In Production  |  Expected Release 2020  |  Cancer is an epidemic that has touched the lives of just about every American, whether it’s a dear friend, or a distant relative.  “CURED: How Ryan Beat Cancer” is a documentary focused on the touching story of Ryan Luelf and his family as he shares his experiences beating Stage IV Lymphoma with dietary changes, alternative medical treatments, and a whole lot of positive changes in his life.   Ryan’s hope for everyone is to prove once and for all that Cancer isn’t necessarily a “death sentence”.

“VAST: They Only Love You When You Die”  |  Music Video/Short Film  |  Completed  |  Released 2016  |  Directed by Jon Crosby, the lead singer of Visual Audio Sensory Theater, and produced by Greater Earth Media, “The Only Love You When You Die” is the latest single to be released by sub-culture, genre-bending group, VAST.  With a killer crew and a talented cast, this video explores the latest disposable commodity;  average suburban male.  This short film styled music video will give you chills, and hopefully a few laughs.

“PAYDIRT”  |  Television Docu-Series  |  Pending Sale  |  Sizzle Released 2017  | “Paydirt” is a docu-drama television series that follows a group of men seeking redemption, a second chance at life, and GOLD!  Property owner, Alan Carly survived a near fatal stroke in 2010 and vowed when he was healthy enough, that he would gather his closest comrades and tackle 20 acres of desert mining grounds deep in Nevada’s back country.

“VELPIC Industrial Animation”  |  Sales Video Animation  |  Online  |  Sizzle Released 2017  | Velpic is Austrailia’s number 1 training and education software.  Looking to expand into North America, Velpic teamed up with My Cloud Cure, a software and IT solution company based in NH.  The Greater Earth Media team was tasked with providing a sleek, easy to understand animation that speaks to the application’s strengths and allows potential clients to quickly comprehend the benefits of utilizing the Velpic’s proprietary software, including the integration of Virtual Reality/360 degree video, which Greater Earth Media can provide.